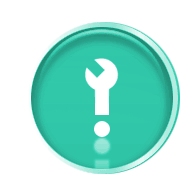 When water freezes in a pipe, if it expands enough, pipe freeze blocking the water from flowing and the pipes may bursts, water escapes, and serious damage results.

Usually, the pipe bursts where little or no ice has formed. Upstream from the ice blockage, the water can always retreat towards its source, so there is no pressure build-up to cause a break. Water has to freeze for ice blockages to occur. Pipes that are adequately protected along their entire length by placement within the building's insulation, insulation on the pipe itself, or heating, are safe.

Leave the heating on

One of the main causes of frozen pipes is switching the heating off completely when your holiday home is left empty. While this will save money in terms of fuel bills, it will expose your home to sub-zero winter temperatures and the expense of repairing damage should pipes burst. Most modern heating systems that are common in holiday cottages can still operate with the mains water turned off. A qualified plumber should be able to give you advice about this.

Keeping the heating on will help prevent water still in the pipes from freezing, as water is continuously flowing. It is recommended to leave the heating permanently on (at least 13 degrees C), especially during cold snaps.

Letting a faucet drip during extreme cold weather can prevent a pipe from bursting. It's not that a small flow of water prevents freezing; this helps, but water can freeze even with a slow flow. Rather, opening a faucet will provide relief from the excessive pressure that builds between the faucet and the ice blockage when freezing occurs. If there is no excessive water pressure, there is no burst pipe, even if the water inside the pipe freezes.

A dripping faucet wastes some water, so only pipes vulnerable to freezing (ones that run through an unheated or unprotected space) should be left with the water flowing. The drip can be very slight. Even the slowest drip at normal pressure will provide pressure relief when needed. Where both hot and cold lines serve a spigot, make sure each one contributes to the drip, since both are subjected to freezing.

If the dripping stops, leave the faucet(s) open since a pipe may have frozen and will still need pressure relief.

If You Suspect a Frozen Pipe

If you open a faucet and no water comes out, don't take any chances. Call a plumber. If a water pipe bursts, turn off the water at the main shut-off valve (usually at the water meter or where the main line enters the house); leave the faucet(s) open until repairs are completed.

Don't try to thaw a frozen pipe with an open flame; as this will damage the pipe and may even start a building fire. You might be able to thaw a pipe with a hand-held hair dryer. Slowly apply heat, starting close to the faucet end of the pipe, with the faucet open. Work toward the coldest section.

Don't use electrical appliances while standing in water; you could get electrocuted.

Going on a Trip

When away from the house for an extended period during the winter, be careful how much you lower the heat. A lower temperature may save on the heating bill, but there could be a disaster if a cold spell strikes and pipes that normally would be safe, freeze and burst.

A solution is to drain the water system. This is the best safeguard. With no water in the pipes, there is no freezing. This remedy should be considered even when the homeowner is not leaving but is concerned about a serious overnight freeze. To drain the system, shut off the main valve and turn on every water fixture (both hot and cold lines) until water stops running. It's not necessary to leave the fixtures open, since the system is filled mostly with air at that point and not subject to freezing. When returning to the house, turn on the main valve and let each fixture run until the pipes are full again. 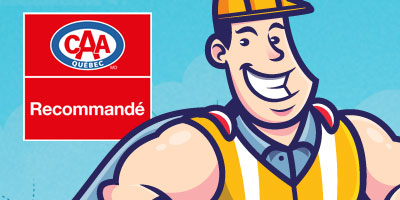 Talk to a Plumber Today!